There is no better time to raise our voice: ‘’Pacific Voices for a Global Ocean Challenge’’ will spread the Pacific message to the United Nation Ocean Conference.

The 23rd session of the Conference of the Parties (COP 23) to the United Nation Convention on Climate Change (UN-FCCC) will be co-chaired by Fiji and hosted at the headquarters of the UN-FCCC Secretariat in Bonn, Germany.

Earlier in June for the implementation of Sustainable Development Goal 14 (SDG-14) dealing with conservation and sustainable use of the Oceans and marine resources, Fiji will co-host with Sweden the United Nation ‘’Ocean Conference’’ in New York (5-9th June 2017).

At the same time in Fiji, the Oceanographic schooner ‘’TARA’’ will berth in Suva as part of its two-year environmental survey across the Pacific Ocean. The French Facility for Global Environment (FFEM) and the Embassy of France along with the Government of Fiji and the University of the South Pacific are organizing a SDG-14 conference in order to elaborate the regional Pacific message and raise awareness on the alarming state of our ocean.

During the first session, stakeholders will interact with the public to discuss sustainable policies and their implementation. In the second session, the conference will present successful examples of sustainable marine resources management projects within the Pacific Region. The last session will bring the scientists to present their latest results and try to understand how climate change may change the Pacific Way of Life forever.

The conference is supported by the French Facility for Global Environment (FFEM) and organized by the Embassy of France in Fiji in partnership with the University of the South Pacific (USP) and with the support of the Government of Fiji.

The conference is hosted by USP at the ICT Auditorium (Japanese ICT Centre).

The “Pacific Voices for a Global Ocean Challenge” Conference aims to invite all regional organisations and partners to contribute and make suggestions for a greater change. The Conference is an external side event to the UN Ocean Conference in New York.

The Pacific leaders of today are making decisions that can preserve our marine ecosystems tomorrow. Session 1 will present how scientific discoveries and field based experience can contribute to new governance and the implementation of sustainable policies in the Region. This session will bring the regional stakeholders of the Pacific in a series of roundtables to exchange about blue growth, sustainable policies (and their implementation), climate change adaptation, coral and ecosystems protection and so on.

Session 2 will present success stories of sustainable marine resources management projects in the Pacific Region. Those inspiring examples are bases for policies focused on sustainable management and environment protection.

The organisation of the sessions allows extensive discussions between the audience and the speakers in order to create a dynamic and interactive exchange. Everyone is welcomed to contribute by asking questions or making suggestions or even sharing experiences. A live with New York is organised to share the Pacific voices with a UN Ocean Conference side-event.

Session 3 will present the latest scientific discoveries. Its aim is to emphasize the absolute role of the Oceans as a climate regulator but also as a victim of the climate change. Tara Expedition scientific team will present their first results of the Pacific Expedition and will be there to interact with the public. University of the South Pacific and the regional scientific stakeholders will discuss a diverse range of topics from ocean acidification to reef bleaching and marine pollution. 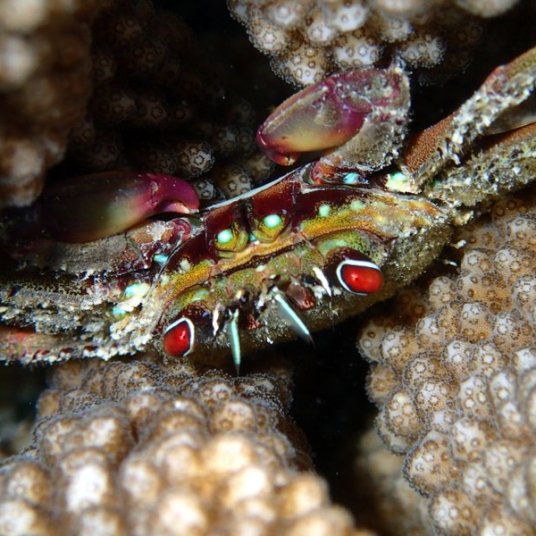 Photographic and art exhibition:  “The ocean as a climate regulator”-

The French Facility for Global Environment (FFEM) organises the exhibition “The ocean as a climate regulator” – Photographic and art exhibition.

During the conference, a photographic & art exhibition will be held at the Oceania Art Gallery of USP from June the 6th to June the 14th. To launch the exhibition, several events will be organised at the Oceania centre between the 7th and the 8th. The opening will take place on June the 8th at 6pm.

During the conference, a photographic and art exhibition will be held at the Oceania Art Gallery of USP from June the 6th to June the 14th.

Though testimonies of researchers and photographic and pictorial works, the exhibition invites us to a discovery of marine and coastal ecosystems. Authors share their wonder at the extraordinary regulation capacity of these ecosystems, the complexity of their interactions and biodiversity, which contribute to strengthening the stability and the resilience of our planet.

In addition to lauding our planet’s marine biodiversity, this exhibition aims to help decision makers and the general public better understand the Blue Planet’s role in terms of climate and the importance of taking this into account for every twenty-first century policy decision.

Tara Expeditions is a research schooner part of a French non-profit organization active since 2003 in favour of the environment. A legendary boat built for extreme conditions, “Tara” is the platform for high-level scientific research missions.

The interdisciplinary team of scientists aboard examine in a new way the biodiversity of coral reefs and their evolution in response to climate change and human activities. Besides the state of health of each reef and its biodiversity at different levels, the scientific team will focus on the capacities of resistance, adaptation and resilience of the reef ecosystems.

This expedition is unique in that it will cover such a huge geographical area – the Pacific Ocean – where over 40% of the world’s coral reefs are concentrated. A study on this scale has never before been accomplished.

From east to west and from north to south, Tara will criss-cross the Pacific Ocean to explore the hidden diversity of coral reefs and gain a better understanding of their capacity to adapt to climate change. From the Panama Canal to the archipelago of Japan (2016-2017) to Fiji (June 2017), from New Zealand to China (2017-2018), the schooner will traverse 11 time zones of the world’s largest ocean, and visit the most remote islands and reefs.

Tara Expeditions works daily to increase environmental awareness among the general public and young people. Through his special consultative status at the United Nations, Tara Expeditions also develops a long-term advocacy plan to mobilize civil society and encourage politicians to act concretely on the solutions we all need for the planet.

On Friday at 6PM, a Kava & Talanoa (talked stories) session will be organised with the FLMMA network & community representatives, in order to exchange about issues in the Pacific & best practice.

Oceanographic schooner ''Tara Expedition'' is confirmed to arrive the 7th of June in Suva, Fiji. 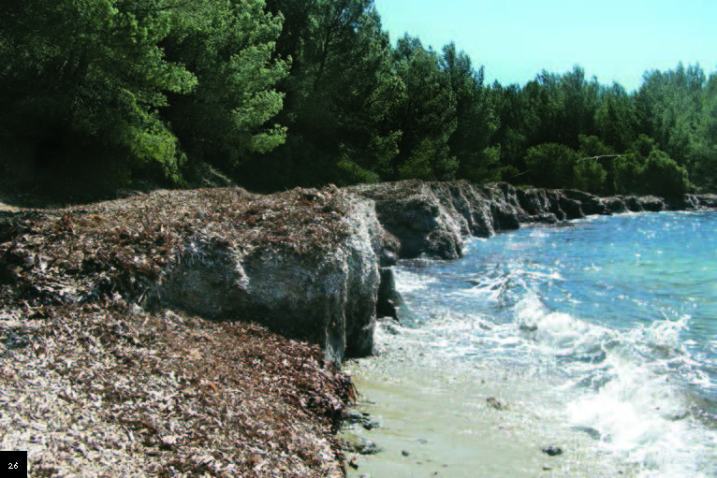 Climate change and biodiversity of plankton

The ocean, reservoir of heat 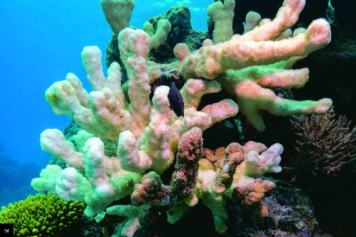 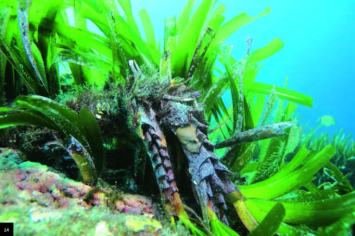 Under the canopy of large seaweed beds

Large forests of kelp: ecosystems that feed and protect 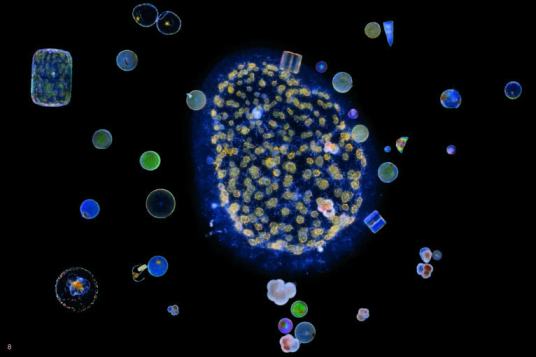 Bleached corals in the background 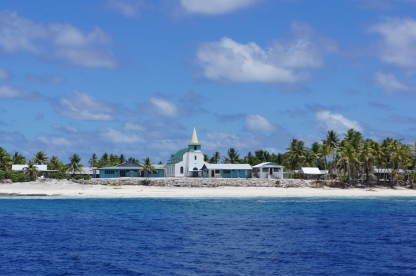 Tuvalu nation is threatened by climate change and global warming 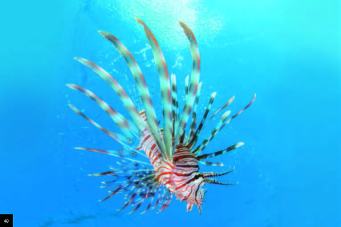 Corals are heavily threatened by climate change and environmental perturbations

The ocean, a key player in climate change 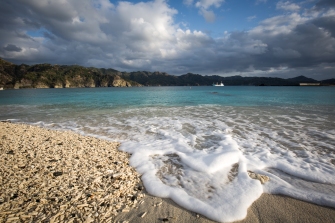 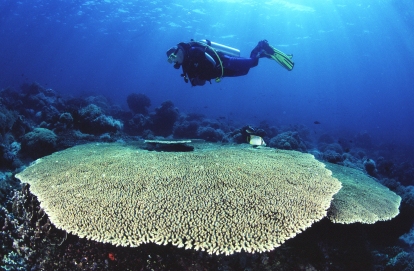 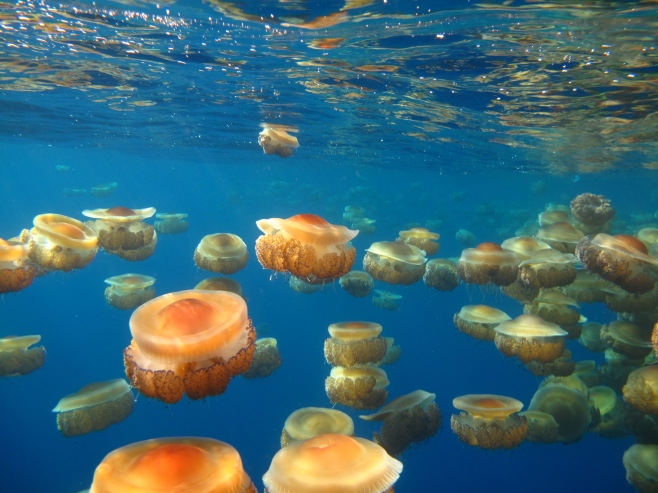 During sexual reproduction, the normally benthic crawling worms, become pelagic and swim freely in the water column. These specimen were caught during a night plankton tow, in the lagoon of Gambier Islands. 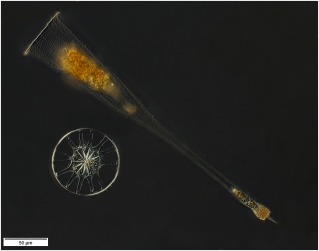 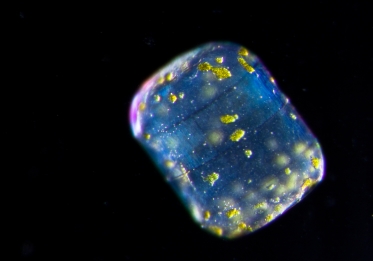 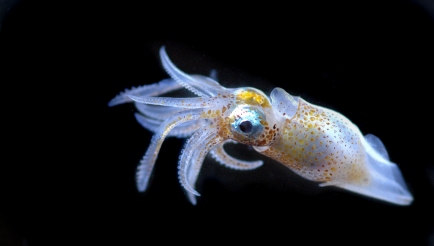 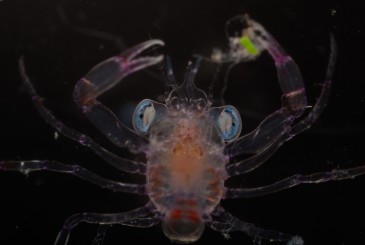